I have been having a discussion with John Niebergal and others about having a simplified version of Rhino.  One that has most of the toolbars striped out and just focus on 2D Drafting tools.

The Genesis of the idea:

I did a project with my daughters 3rd grade class where the students designed a zoo and calculated the area and perimeter of their enclosures .  We modified the Rhino interface so they had only 5 icons -- all the rest were gone -- so as to not confuse them.

This developed into the idea of having a set of toolbars for 2D drafting, and editing tools.

Here is what I came up with:

Then I modified the commands and added a Python script to many of the icons to control which layer the geometry , text, hatching, and dimensions go onto automatically.  So the students don'r need to be worried or confused on which layer they are actually drawing on.

Here are the 'new ' toolbars.  Actually just a new assembly of the existing tools.

To load the toolbars:

Close the existing toolbars and opening the new toolbars.

Go to the pull down Tools -- Toolbar Layout

File open --  open each of the toolbars and drag them to a location on the side bar . 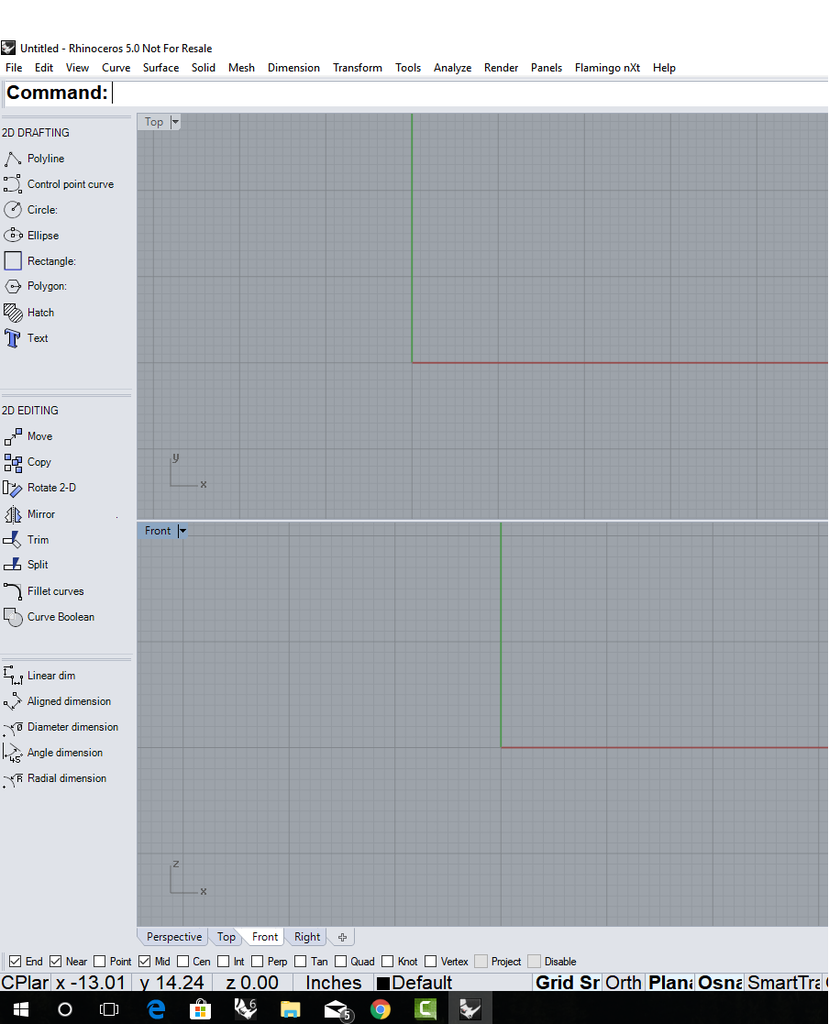 Replies to This Discussion

This looks great, did you keep on working with this idea?

We have more people looking at what is being done.

I talked to Scott a little and there are methods of this but I am not familiar enough to pull it off.

If you know of how or someone that can program a simple script that upon start up looks for another file rather than the Default files.  I would appreciate this.

We hope to show it at the teachers conference at North Creek and possibly in Barrow Alaska .

I just had some people from Illinois ask about the simplified toolbars.

Is there a method of having them come up in a 'template ' style of saving them?  I have tried the themes but not with any success.

I am thinking there may be some interest in having a few 'sets' of tools that could be loaded easily by teachers to gradually introduce the students to the parts and pieces of Rhino and REduce the 'squirrel' effect.