Vectorize plugin for Rhino 6 or 7 Windows and Mac. 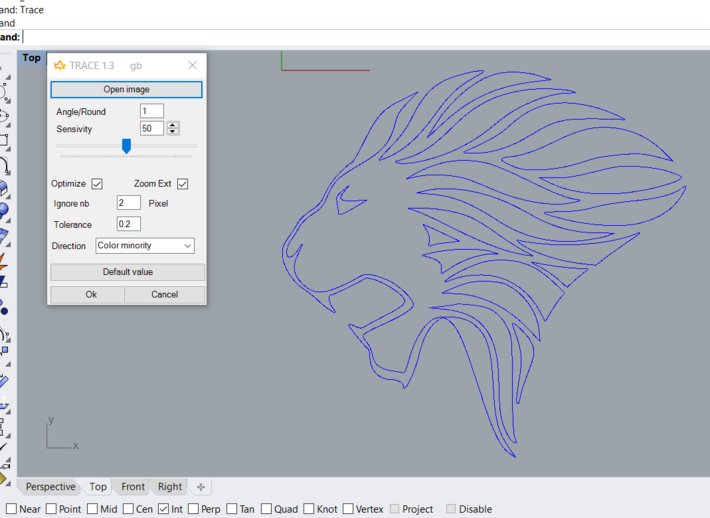 In Rhino 6 or 7, Trace is replaced with 'Vectorize'.  Trace will NOT run in Rhino 7.

The Link:  Vectorize for Rhino 6 or 7

Images for Trace or Vectorize practice

The Video:  Trace Video    (video will demonstrate the steps listed below):

1 cmd: Trace or Vectorize. (as you 'play' with the settings remember the 'Default Value' button... don't worry)

4 Use an appropriate command(s) to 'close' up the open curve(s) with the goal of 'closed' geometry.

For v5 users, Inkscape is a useful tool to create curves from an image.